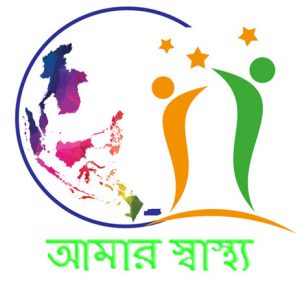 Lung cancer has been the most common cancer in the world since 1985 and the leading cause of cancer death.Lungs are two spongy organs in your chest that take in oxygen when you inhale and release carbon dioxide when you exhale.

This Lung Cancer is the leading cause of cancer deaths among both men and women. It’s claims more lives each year than colon, prostate, ovarian and breast cancers combined. The vast majority (85%) of cases of lung cancer are due to long-term tobacco smoking. About 10–15% of cases occur in people who have never smoked.

In Bangladesh, Lung Cancer is the leading cause of death from cancer in the world as well . Worldwide, it is by far the most common cancer of men and increasingly being recognized in Bangladesh. Diagnosis is usually confirmed by invasive procedures such as bronchoscopy, mediastinoscopy, or image guided biopsy.

1) Coughing up blood, even a small amount, shortness of breath.

2) A new cough that doesn’t go away

6) Losing weight without trying, weakness, fever, or clubbing of the fingernails

Smoking causes the majority of lung cancers — both in smokers and in people exposed to secondhand smoke. As more damage accumulates, the risk for cancer increases. In these cases, there may be no clear cause of lung cancer.

Tobacco smoking is by far the main contributor to lung cancer. Across the developed world, 90% of lung cancer deaths in men and 70% of those in women during the year 2000 were attributed to smoking. Smoking accounts for about 85% of lung cancer cases.

The inhalation of smoke from another’s smoking – is a cause of lung cancer in nonsmokers. A passive smoker can be defined as someone either living or working with a smoker.

Passive smoking results in roughly 3,400 lung cancer-related deaths each year in the US.

Radon is a colorless and odorless gas generated by the breakdown of radioactive radium, which in turn is a decay product of uranium, found in the Earth’s crust. Radon is the second most-common cause of lung cancer. Radon is produced by the natural breakdown of uranium in soil, rock and water that eventually becomes part of the air you breathe. Unsafe levels of radon can accumulate in any building, including homes.

Asbestos can cause a variety of lung diseases such as lung cancer. Tobacco smoking and asbestos both have synergistic effects on the development of lung cancer. In smokers who work with asbestos, Workplace exposure to asbestos and other substances known to cause cancer — such as arsenic, chromium and nickel — also can increase your risk of developing lung cancer, especially if you’re a smoker.

Women who are exposed to indoor coal smoke have roughly twice the risk, and many of the by-products of burning biomass are known or suspected carcinogens

There’s no sure way to prevent lung cancer, but you can reduce your risk if you:

If you’ve never smoked, don’t start. Talk to your children about not smoking so that they can understand how to avoid this major risk factor for lung cancer. Begin conversations about the dangers of smoking with your children early so that they know how to react to peer pressure.

Stop smoking now. Quitting reduces your risk of lung cancer, even if you’ve smoked for years. Talk to your doctor about strategies and stop-smoking aids that can help you quit. Options include nicotine replacement products, medications and support groups.

If you live or work with a smoker, urge him or her to quit. At the very least, ask him or her to smoke outside. Avoid areas where people smoke, such as bars and restaurants, and seek out smoke-free options.

Take precautions to protect yourself from exposure to toxic chemicals at work. Follow your employer’s precautions. For instance, if you’re given a face mask for protection, always wear it. Ask your doctor what more you can do to protect yourself at work. Your risk of lung damage from workplace carcinogens increases if you smoke.

Eat a diet full of fruits and vegetables

Choose a healthy diet with a variety of fruits and vegetables. Food sources of vitamins and nutrients are best. Avoid taking large doses of vitamins in pill form, as they may be harmful. For instance, researchers hoping to reduce the risk of lung cancer in heavy smokers gave them beta carotene supplements. Results showed the supplements actually increased the risk of cancer in smokers.

Foods that contain fiber, anti-oxidant, anti-inflammatory properties and omega-3 fatty acid can reduce the risk of Lung Cancer. There are many foods at our near stores that may contain anti cancerous properties and help reducing the risk of this deadly disease : Lung cancer.

Exercise most days of the week

If you don’t exercise regularly, start out slowly. Try to exercise most days of the week.

There are a few foods we should consume regularly beside our meals to prevent Lung Cancer: Black seed is a famous seed that also considers as masala for cooking. People around the world have used black seed (কালজিরা) for making medicine for over thousands of years. Black seeds are using for the treatment of headaches, toothache, asthma, arthritis, and diabetes from ancient times. Today, the black seed is most commonly used […] Garlic is an herb or masala that is grown around the world but it is a very famous masala among the Asian countries.Garlic is  commonly used for the health conditions related to the heart and blood system. These health conditions also include high blood pressure, high levels of cholesterol or other fats  in the blood […] Malabar spinach is a popular tropical leafy-green vegetable. Malabar Spinach have some antioxidant properties and contains many vitamins & minerals. It contains vitamin C, vitamin A, calcium and, iron. The plant is low in calories and also has a high amount of protein in relation to its weight. Malabar Spinach is also a great source […] Sweet potatoes are sweet, starchy root vegetables that are grown worldwide. They have a thin, brown skin on the outside with colored flesh inside. Potatoes and Sweet Potatoes are not same in nutrients value. They may both be called ‘potatoes’, but sweet and white potatoes are not actually related. Botanically, the sweet potato belongs to […] Basil or Holy Basil leaf is an herb belonging to the mint family. Basil leaf offered benefits include reducing inflammation, and it is said to have anti-aging and antibacterial properties. There are a few types of basil plants. The most popular are sweet basil, lemon basil, holy basil, and Thai basil. Though there are some […]